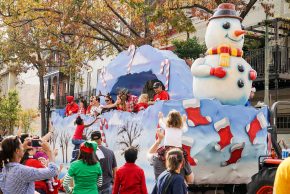 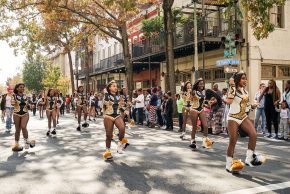 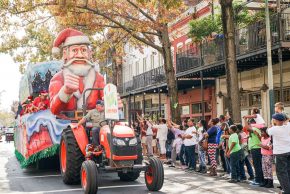 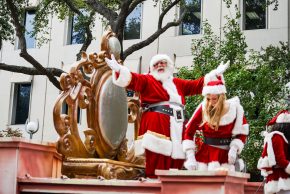 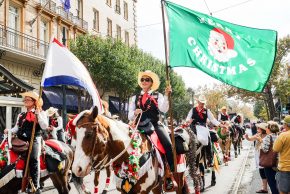 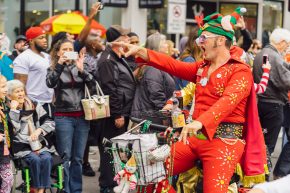 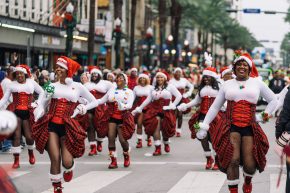 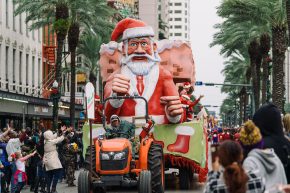 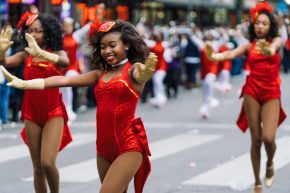 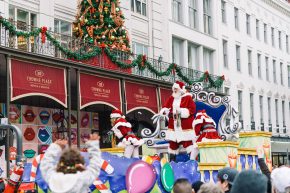 Every year, the holiday season in New Orleans is filled with many highlights – but none quite like the official holiday parade of the city: Krewe of Jingle.

Jingle on the Boulevard

Jingle on the Boulevard is back for its second annual celebration, Saturday, Dec. 15. The city’s most recent holiday parade is dedicated to celebrating New Orleans East as it highlights the local retailers, restaurants and shops along its trail. Follow along as the parade rolls down Crowder Boulevard to Haynes Boulevard, making its way to Read Boulevard and strolling all the way to Lake Forest Plaza. This is the perfect family-friendly holiday outing for locals and visitors alike.

January 6 marks the grand finale of the holiday season and the kickoff to Carnival in New Orleans. Twelve days after Christmas (appropriately referred to as Twelfth Night), two parades roll: Phunny Phorty Phellows and Joan of Arc.

As per annual tradition, the Phunny Phorty Phellows will once again ride the streetcars down St. Charles Avenue to announce the start of Carnival season. In the French Quarter, the Krewe of Joan d’Arc parade rolls in honor of Joan of Arc’s birthday. Both of these parades mark the official end of the New Orleans holiday season, and the beginning of another spectacular Mardi Gras season.