How to Celebrate Hanukkah in New Orleans

Every year in New Orleans, Hanukkah is celebrated with food, fun, and festive events. We’ve got a Menorah Parade and plenty of options for latkes. Here’s how we’re celebrating Hanukkah in New Orleans, this November 28-December 6.

This year, Hanukkah begins on November 28 and ends on December 6. Celebrate the season with the Mobile Menorah Parade on Saturday, Dec. 4 at 7:30 p.m. Watch as cars parade from Chabad (7037 Freret St.), down St. Charles in the CBD/French Quarter/Marigny and then back Uptown.

Chanukah at Riverwalk is an annual tradition here in New Orleans, and this year it’s back as an in-person event on November 28. Kick off the Hanukkah season with the first menorah lighting, children’s activities, kosher food, latkes, and dreidels. The event kicks off at 4:30 at Riverwalk. 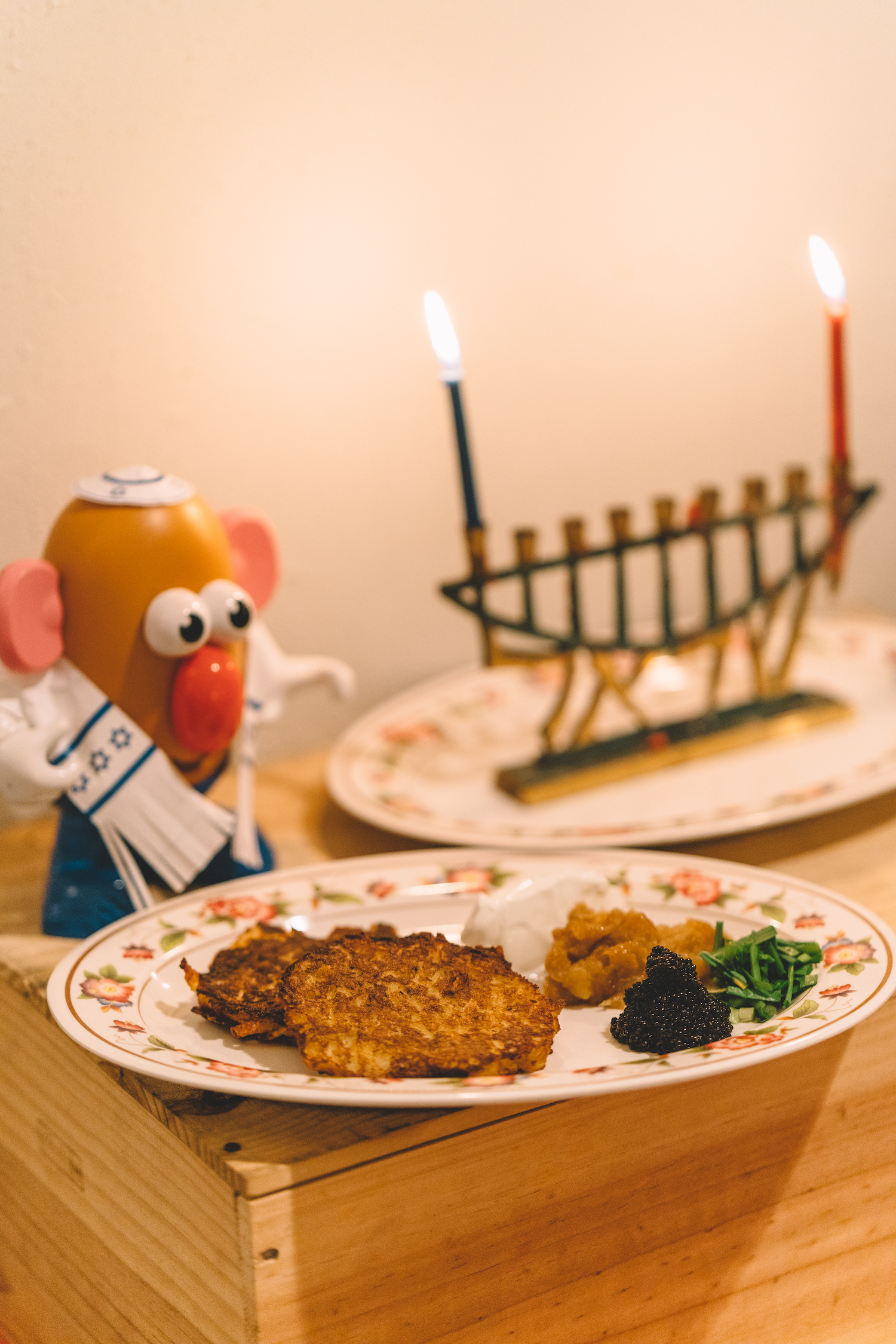 Celebrate Hanukkah with Eight Nights of Latkes at Marjie’s Grill. Each night, there’s a new twist on the traditional potato pancake, like a French onion soup latke and the everything bagel latke. Enjoy with the Cajun caviar or a piece of fried chicken. Marjie’s is open for dine in, takeout, or delivery. You can also find latkes at sister restaurant Seafood Sally’s, where they’ll be available by the box.

I Love You Latke

I Love You Latke is a Hanukkah party year-round, so you know this upcoming holiday season is going to be filled with tasty treats and traditional foods. Order matzo ball soup, chopped liver, kugel, and schmear for contactless porch pickup in Gentilly.

Enjoy lots of latkes and seasonal treats via the Latke Daddy pop-up. The man himself (Adam Mayer) will be at Zony Mash Beer Project for a Hanukkah beer release party on November 17, Miel Brewery on November 19, Zony Mash on December 4 and 18, and Broad Street Cider on December 11. Enjoy a cold beer with your latkes at these pop-ups.

Museum of the Southern Jewish Experience

The Museum of the Southern Jewish Experience opened this summer as one of New Orleans’ most exciting new attractions. The museum covers the geographical area of 13 southern states and 300 years of history—and it features exhibits, collections, and programming focused on the history of Southern Jews. Interactive exhibits make for a wonderful experience to learn about the history of Judaism and how it is practiced today. Visit the museum during Hanukkah to learn more about Jewish history in the South.

Sufganiyot, or jelly-filled donuts, are another star of the Hanukkah table. Many different bakers across the city are putting their own twists on the sweet treat just in time for the holiday, including Gracious Bakery and Compagnon Bakery.